Well after swapping the old battery in my ipad air 2 I got a nasty surprise....
Spotlights on the left side of the screen!
First thought was: I messed up the screen with my smd airstation heat while trying to remove the glued display :-(
So I ordered a new one, installed it and ..... still the same problem. 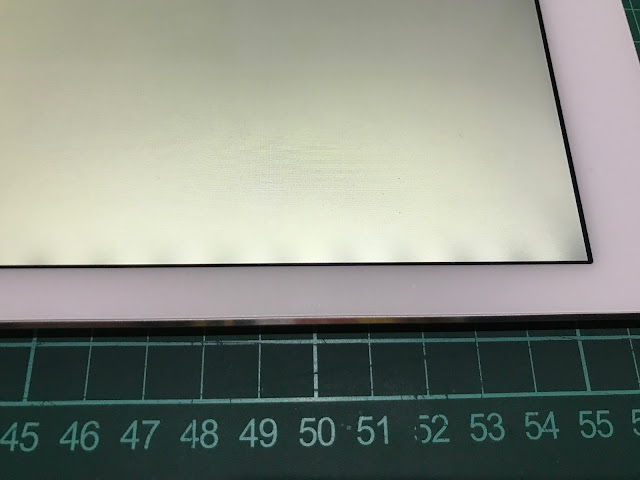 After some googling and some more you-tubing. I spotted the same problems with the Iphone 6 and 6S. Apparently it is the backlight filter fuse that fails.

One small problem, really small, even so small that I can't see it without a microscope? 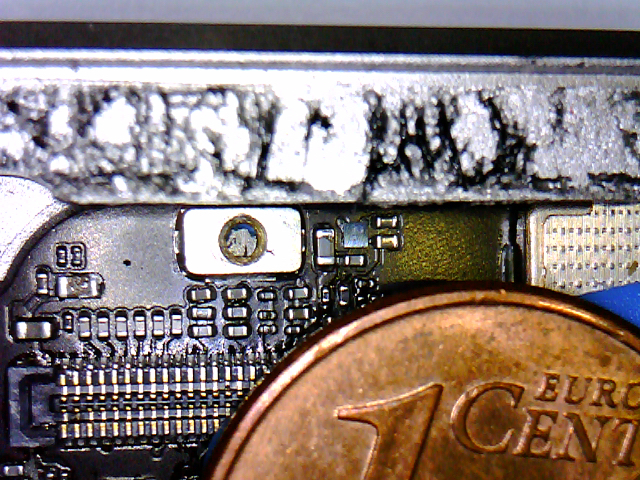 Next steps in the coming days will be to order the components and try to desolder the filters without killing the ipad air. I don't have any nano tweezers so it will be challenging...

Filter was replaced, both of them to be sure. But spots still are there. A new issue has occurred, the ipad heats up :-) 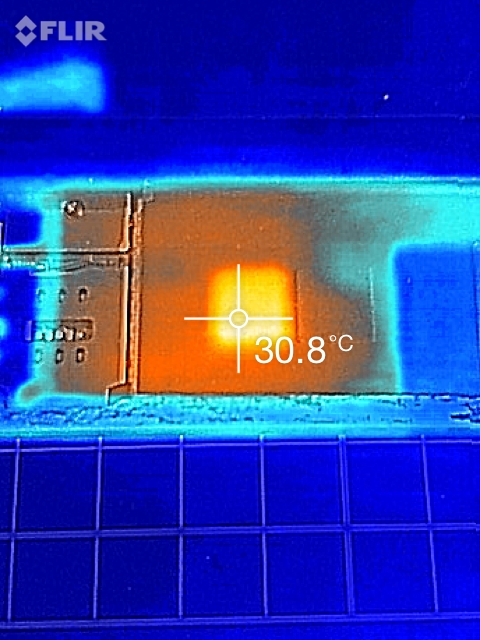 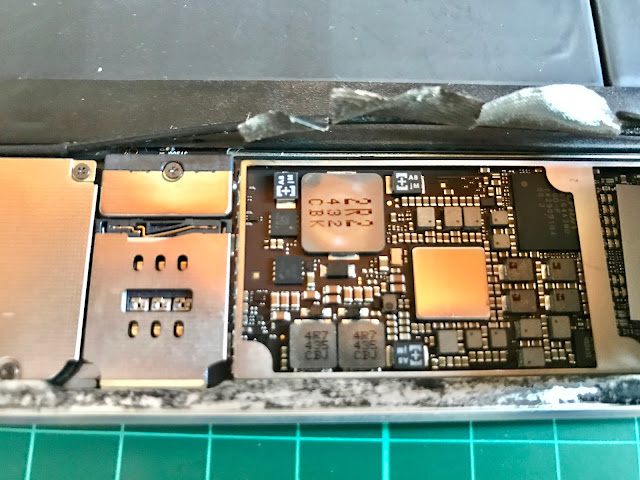 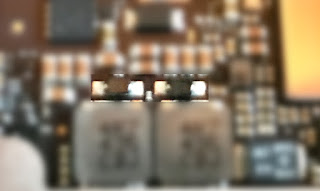 The cause is the failing zener diode. A diode test reveals 0.2v on the left (good) one and 1.5v (bad) on the other. So I replaced it and all works now.

The cause of all this was me forgetting to FIRST remove the battery connector before disconnecting  the display flex cable. It shorted the fuse and the zener diode.

Email ThisBlogThis!Share to TwitterShare to FacebookShare to Pinterest
Labels: electronics

This is a part2 of the review, goto part1

Adding a PMV to the standard Carette

You can find priority valves or PMV on the internet for less than 100$.
Some Bauer compressors use an OEM PMV which can be found in the US as model 211 priority valve. Just google it. I wasn't able to find it here in Europe.

A good article on using a PMV in a compressor can be found at http://www.scubaengineer.com/high_pressure_compressor_filtrat.htm 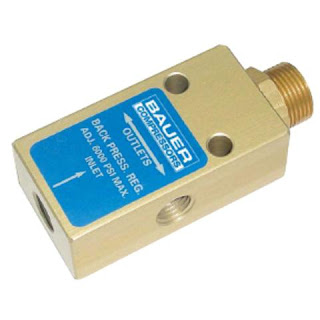 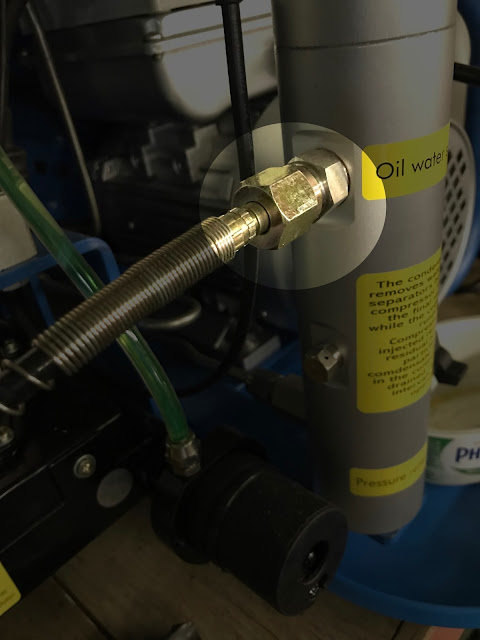 On the European model (the one I have) the fitting from the Oil-water separator to the filling hose is 1/4 BSPT.
The PMV has a 1/4 NPT fitting.
So you need:


All these fittings can be found here in Europe on www.bestfittings.co.uk but should not be difficult to find elsewhere.
FYI the connections on the standard carette filter are metric m10x1. 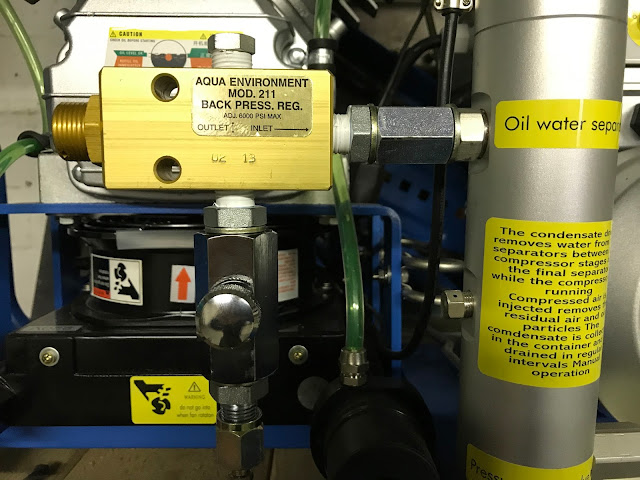 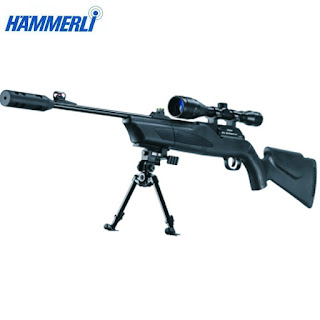 Ongoing project,
I really like my Hammerli 850 in .177, it is low power, very accurate at 25m and it is backyard friendly. The only annoying thing is the CO2 88gr and the cooling effect. If you wait 20 seconds between shots then the speed is constant. If you shoot faster, the CO2 cools the cylinder and the pressure drops resulting in slower exit speed of the pellet and loss of vertical accuracy.
On a warm day its different than on a colder day...
HPA would solve all this problems of course.

Use the remote fill and the conversion fitting.

With the standard pressure on the hero regulator of 800psi I get the same results as using CO2. The pellet speed is very constant @530 fps with 15grain H&N. Which is 9.4 Ft. Lbf or 12.7 Joule.
I'll do some more tests in the coming days with the regulator set at 900 psi. 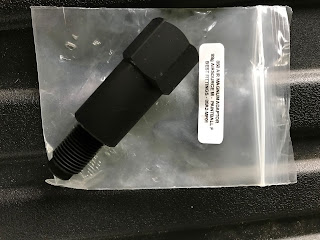 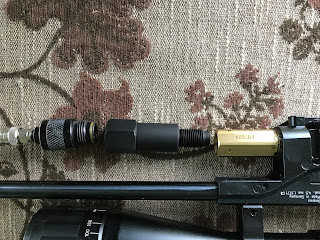 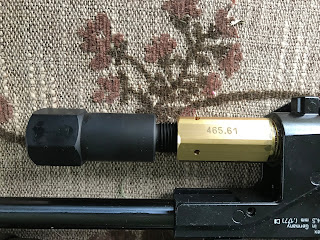 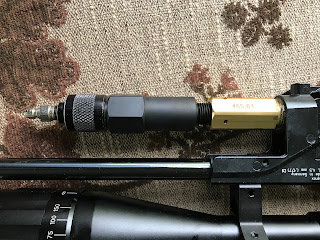 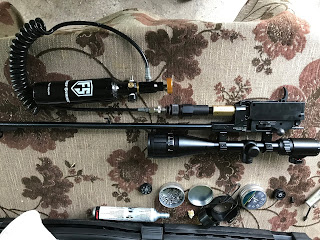 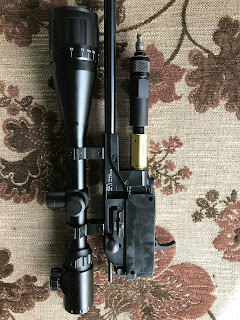 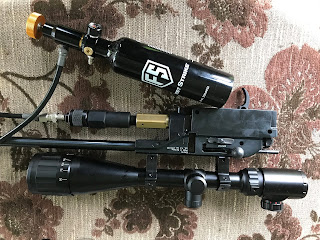 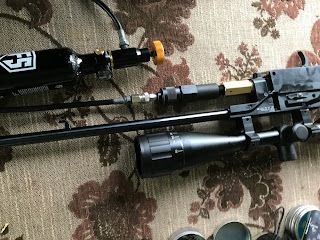 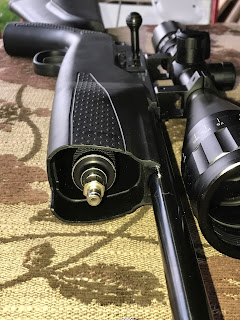 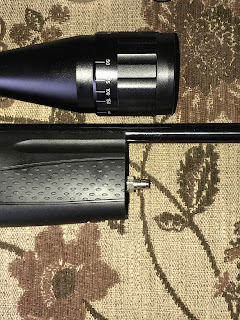 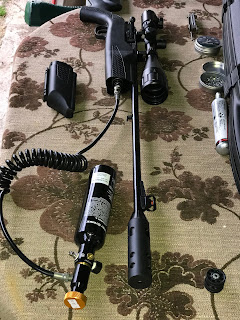 Do a full permanent conversion.
the air cylinder needs to be mounted on the hammerli and holes need to be cut for the fill nipple and the gauge

I'm going to start with solution1 and if it works great,  I'll do solution2 after all my CO2 88g runs out.

Email ThisBlogThis!Share to TwitterShare to FacebookShare to Pinterest
Labels: Airguns 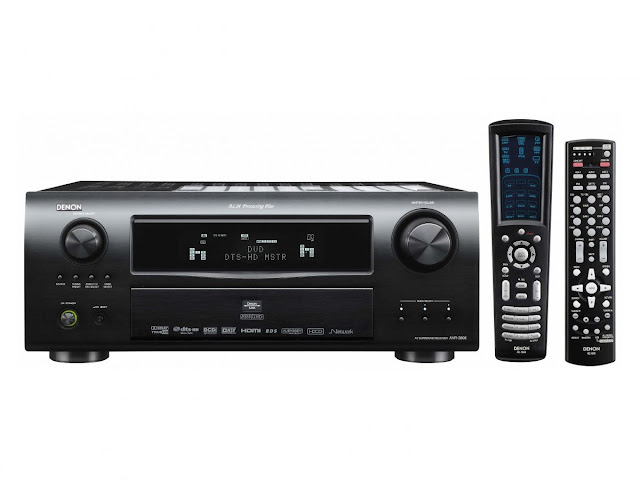 This schematic narrows the problem:

Remember the part that the headphone did not exhibit the problem... The headphone uses a separate relay: RL108
So it's not the amplifier but one of the relay.

Next find the official part number:

And find a shop where they still sell it.  http://www.htv-service-gmbh.de

A few days later in the mail: 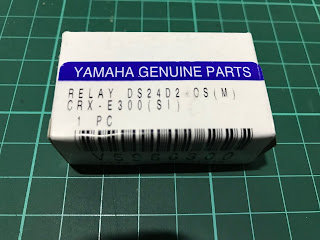 So it seems the yamaha genuine parts also work in the Denon, after all it's just a relay. 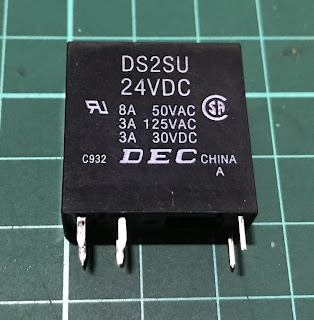 And now the most difficult part....

The tear down of the receiver:

We have narrowed the problem, the only thing left to do is to exchange the part....

In the service manual you can find all the steps to fully disassemble the receiver.


The RL101 is on the card on the lowest part of the receiver, So we need to remove ALL the cards in  the receiver :( It is a 3D puzzle!

This is a 2 part review, in part2 of the review I will show how you can add your own PMV if you bought the standard version without PMV and autodrain.
Goto part2

My use-case for a compressor:

So I found this Carette Compressor at airgunheaven.com in Holland.

2 cylinder compressor 300bar
base model, no PMV, no automatic draining


Some collected info after my first usage.

Important: There is NO non-return valve in this compressor configuration, so you can ONLY OPEN your scuba tank AFTER the pressure in the compressor is HIGHER than the tank you are filling! You will harm the compressor otherwise.

update 2017-04-19 : there IS a non-return valve fitted just before the oil water seperator. The manual seems to be lacking this information :) 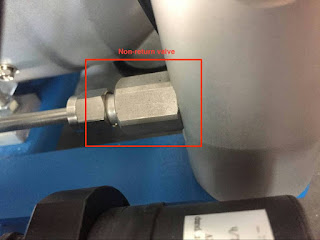 I pumped my 10L tank from 220bar to 300bar. The compressor was first let run for 10min with no load. Total time took less than 35minutes. No exact timing, will be for the next test. I was only interested in the heat signatures.


As you can see the first cylinder gets a lot hotter than the second stage cylinder.

The same difference in temperature is there at full load, but no abnormal temps. The cylinder-heads themselves are staying cool due to the water-cooling passing through them. The other red marking in the picture is the belt.

Important: After each fill you should let it do a 3-5 minute no-load run with the draining port open, to clear out any condensate water in the first cylinder!